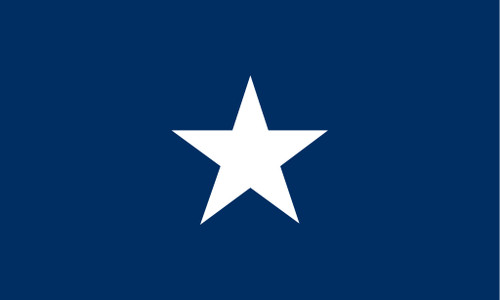 Availability:
Made to Order Usually ships in 2-3 Business Days

The 3' x 5' Printed Nylon Bonnie Blue Flag, a single white star on a blue field, was the flag of the short-lived Republic of West Florida. Decades later, during the Civil War, it became an unofficial banner of the Confederacy, inspiring the song "The Bonnie Blue Flag," which was often sung by Southern troops.