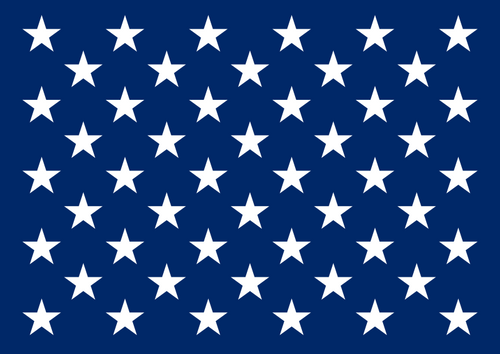 Our US Navy Union Jack Flag is made of 200 denier nylon with embroidered stars, header and brass grommets. The US Navy Union Jack is a maritime flag representing United States nationality. The U.S. Navy is a prime user of jacks, but they are also used by ships of the Coast Guard, Military Sealift Command, National Oceanic and Atmospheric Administration, and other governmental entities. The Union Jack is flown on the bow (front) of a ship and the ensign is flown on the stern (rear) of a ship when anchored or moored. Once underway, the ensign is flown from the main mast.  The primary jack design until September 11, 2002, was the blue canton with stars (the "union") from the U.S. national ensign. The blue, starred jack is referred to as the Union Jack, but should not be confused with the British Union Jack. Like the ensign, the number of stars on the jack has increased with each state admitted into the union. Rules for flying the jack are similar to the national ensign.