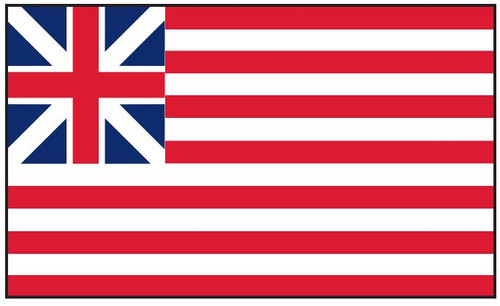 Availability:
Made to Order Usually ships in 2-3 Business Days

The Grand Union Flag is an Historic American Flag that is 3' x 5' and made of nylon.

The Grand Union Flag has also been called the Continental Colors, the Congress Flag, the Cambridge Flag, and the First Navy Ensign and is considered to be the first national flag of the United States. This flag consisted of 13 red and white stripes with the British Union Flag of the time (prior to the inclusion of St. Patrick's cross of Ireland) in the canton.